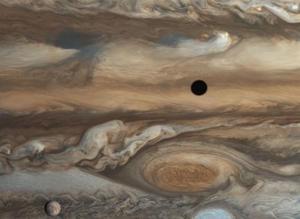 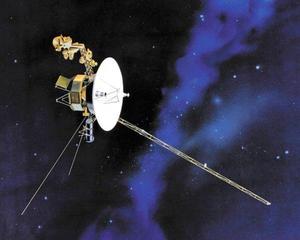 Middle School student Slader's regular blog about the new and amazing Perseverance rover on Mars!
Hello Everyone! This week’s blog is going to be a little bit different. Because there hasn’t been any major finding on Mars, I thought I could do a blog about Voyager 1 instead! I personally find Voyager 1’s mission very interesting and exciting. Voyager 1 was launched on September 5th, 1977. That means Voyager 1 has been in space for about 44 and a half years! Did you know that Voyager 1 was only built to last five years? Basically, Voyager 1 was sent out into space to get a better view of the eight planets and to explore the rest of the cosmos! Voyager 1’s mission was pretty similar to Voyager 2’s. Did you know that Voyager 2 actually launched before Voyager 1?
Something that I find cool about Voyager 1 is that it is about 13 Billion miles away and we can still receive photographs from it! And until the cameras on Voyager 1 stops working or Voyager 1 gets too far away we will continue to receive photographs from it! Also, Voyager 1 goes about 11 miles per second! Voyager 1 is currently the farthest man-made object from earth. It is believed to be that after humans die out and earth dies that Voyager 1 will be the only evidence that humans ever existed. Fun Fact: Voyager 1 is believed to only hit a planet or star every 100,000 years! Thank you for reading this week’s space blog about Voyager 1 by Slader; stay tuned for next week’s!
Photograph of Voyager 1. Credits go to Los Angeles Times.
This is a really cool photo that Voyager 1 took of Jupiter’s big red dot. Credits go to Space Wall Papers.
Print